The Importance of Developing a Smart Transportation System Using IoT

The development of a smart transportation system using IoT is very important. Public transport offers a wide variety of benefits to city-wide travelers. Until recently, tracking public transit vehicles was a difficult task. But with the introduction of IoT in transportation, tracking has become much easier. Different sensors send data to a central network, which is then used to make analyses. Through IoT integration, the challenges faced by the public transit network have been resolved. With the help of the IoT, rerouting services and alternative arrangements have been made possible. 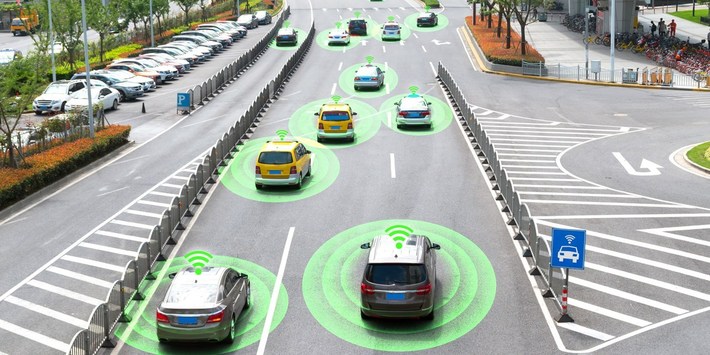 An intelligent transportation system is a powerful application that provides a variety of services that will make transportation safer and more efficient. Examples of applications include emergency call systems, cameras that enforce traffic laws, and signs that indicate speed limit changes. While the automobile segment will benefit primarily from IoT applications, it will have a broad impact on the transportation industry. Regardless of the size of the industry, the IoT is likely to affect many different sectors, not just the automobile sector.

With the rapid adoption of IoT technology, cities can monitor many different variables, such as train speeds, weather conditions, and the number of vehicles at any given intersection. As more people rely on public transit, cities will be better able to manage critical infrastructures, develop efficient processes, and improve system capacity. Developing an IoT-enabled system will help them respond more quickly to changing traffic patterns. With real-time data, people can plan their journeys more efficiently, thereby making them safer and healthier for both them and the environment.

By using IoT in transit, cities can improve safety and efficiency. Smart technology can track the speeds of trains and buses, identify weather conditions, and detect the presence of commuters. By analyzing this data and making it available to the public, cities can improve their transportation systems and reduce operating costs. The data can also help commuters better plan their journeys, which in turn will benefit the environment. If the entire city is a smart city, then the use of IoT in transportation will make public transportation a better place to live.

IoT has transformed the transportation industry. Its benefits include improved operational efficiency, cost-effectiveness, safety, and security. ITS has helped improve traffic, reduce fuel consumption, and respond to incidents in real-time. The Automated Fleet management system links vehicles with information on their behavior, which makes it easier to diagnose problems and prevent accidents. With this, cities can make better use of limited resources. Ultimately, the use of IoT will make our cities more efficient and safer.

The IoT will also be at the center of the traffic management system. It will allow vehicles to communicate with one another without any human intervention. In addition to this, smart traffic lights can also detect the presence of commuters and cycle through lights accordingly. Moreover, a smart transport system will have a network of connected people and devices. A survey conducted by the IEEE Internet of Things Magazine found that 83% of respondents agree that intelligent mobility systems are essential for a “smart” city.

The IoT can be used to control traffic lights. These devices are already connected to the internet and can be connected to various other devices. The system will provide an individualized experience to each commuter. The IoT will also facilitate more efficient navigation of the smart cities. It will improve road conditions in the city. If the IoT is implemented, it will help drivers avoid accidents and improve traffic flow. It will also help commuters avoid congestion.

The IoT is already revolutionizing the transportation industry. By providing real-time data, it has increased operating costs, decreased fuel expenditure, and improved response time to incidents. The ability to connect vehicles has enabled intelligent decisions to be made at the point of travel. With IoT, it is now possible to manage traffic more effectively and improve the performance of the entire network. In fact, the Austrian Autobahn and Highway Financial Stock Corporation, for example, have implemented IoT solutions on their highways. The result is a smarter and more efficient system that predicts traffic congestion and ensures better safety.